The Return of Wagon Wheel at the Fairgrounds! 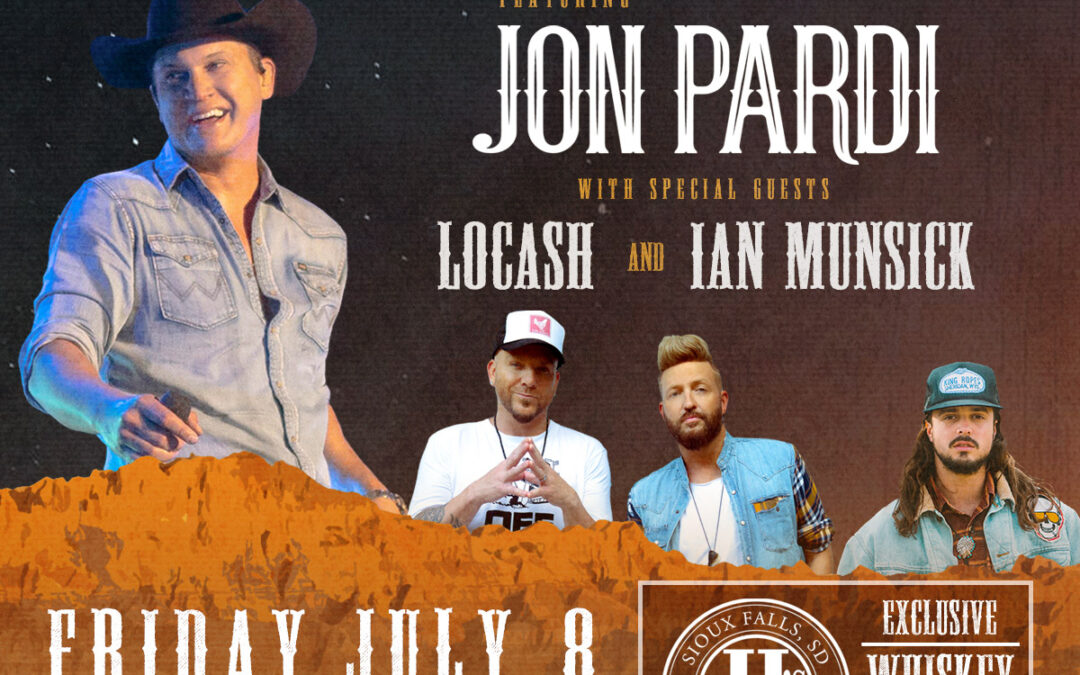 About Jon Pardi
CMA and ACM winning Singer/songwriter/producer Jon Pardi has earned numerous #1 singles, including “Head Over Boots,” “Dirt On My Boots,” “Heartache on the Dancefloor,” “Heartache
Medication,” and more. His latest album, Heartache Medication, solidified Jon Pardi’s place as country music’s neo-traditionalist icon, earning critical praise including spots on Rolling Stone’s “Best Albums of the Year” and The Los Angeles Times “Best Albums of the Year” (#4) list as the only country artist/album represented. A “hero in the making” (Variety), Pardi is noted for his “long-lasting mark on the genre” (Music Row) and his impressive ability to carve out his own path creating “the kind of country music multiple generations came to know, and love can still work on a mass scale” (Variety). Pardi continues to “apply new ideas to country’s old sounds” (Los Angeles Times) and “bring authenticity back into Country music” (People).

About Locash
With two albums and eight charting singles to their credit, LOCASH broke out in 2015 with their gracious GOLD-certified hit, “I Love This Life,” followed by the flirtatious GOLD-certified #1 smash, “I Know Somebody” – their first trip to the top of the Country radio airplay charts – and 2017’s fun-loving romantic anthem “Ring on Every Finger.” All three singles were part of their album, THE FIGHTERS, which was released in the summer of 2016 to Top 15 success. In 2017, they earned their first round of awards show recognition, nominated at the ACM Awards for New Vocal Duo or Group of the Year, the CMT Music Awards for Duo Video of the Year (“I Know Somebody”), and the CMA Awards for Vocal Duo of the Year. The 2019 ACM Duo of the Year nominee released their latest album (and first with their new label BBR Music Group/BMG), Brothers on March 29, 2019. The follow up to their #1 single “One Big Country Song,” “Beers to Catch Up On” is out on Country radio now.

About Ian Munsick
Breathing fresh Rocky Mountain air into the Nashville music scene, Ian Munsick is pioneering a new brand of country. The Wyoming-born singer / songwriter’s upbringing was a mix of working the ranch and working crowds. His debut album Coyote Cry, out now, features his mile-high tenor underscoring self-penned songs that conjure equal parts epic adventure and down-to-earth wisdom. The record marks the dawn of western pop-laced country, pulling a thread straight from Chris LeDoux through Post Malone. With albums like Coyote Cry and its flagship single “Long Haul,” western country is being reborn.