Offstage and On the Record with Justin Champagne 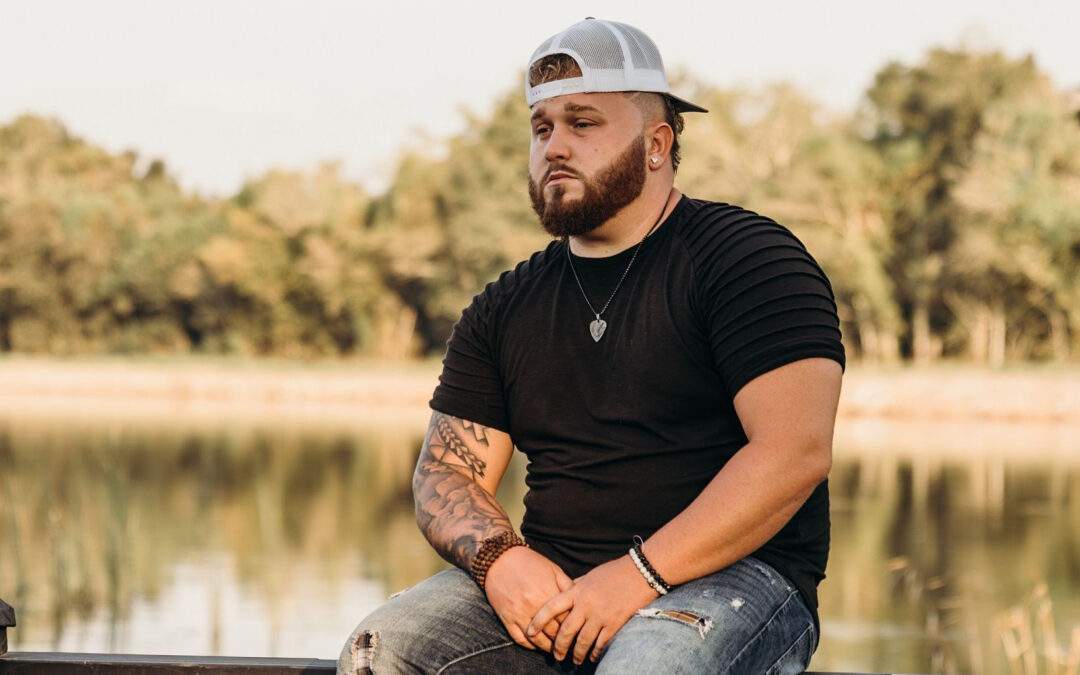 I was able to ask Country Artist, Justin Champagne, a few questions before his upcoming concert where he will be opening for Snoop Dogg and Koe Wetzel, Tuesday April 19th at the Denny Sanford Premier Center.

Born and raised in south Louisiana, Justin Champagne makes genre-bending music rooted in the sounds, stories, and swampy swagger of his home turf. It’s a soundtrack for Louisiana’s small towns and muddy backroads – a gumbo of hip-hop, country, hook-heavy pop, and hard rock, glued together by a hometown hero who raps and sings not only about his own experience, but also about the country lifestyles of his neighbors in the Deep South and beyond.

How did you get your break into music?
I must admit, after doing music for a while my break happened when my song went viral on TikTok.

Do you have any specific albums or artists that has influenced your music?
Growing up I wanted to be a part of Boy Bands like NSYNC and Backstreet Boys. I would practice all their dance moves and perform for my family.

I am sure with artists, your songs are like your children – you love them all equally 🙂 but what do you feel is the best song you’ve ever released and why?
That’s hard to say because I have two. Those two songs are close to me for two different reasons. “When I Pull Up” is the song that changed my life! It’s my biggest hit so far. The energy in that song is present every time it comes on! The other song is “Number to Heaven”. This song is dedicated to my dad! That song brings true emotion out of me. Sometimes it’s hard to perform.

What do you know about Sioux Falls? Have you ever visited South Dakota? Any sight-seeing plans?
Unfortunately I don’t know much about Sioux Falls, but my team and I plan to get there a day early to explore and find great places to eat and experience a bit of the culture there.

Champagne will be releasing plenty of new music over the coming month. His newest release, the vibey and sure to make you dance “I’m The One,” latin remix featuring El Taiger is slated for release on 4/15, days before Champagne hits the road with Snoop Dogg on his Dogg Day of Blaze Tour, bringing a whole new fan base to the country genre. The sultry break-up anthem “Refill,” will be released on 4/22 followed by his EP “If She Ain’t Country” on 5/6.

Rewind to Champagne’s life prior to viral hits like “BackRoads” and “Sun Goes Down” that racked up millions of streams, was spent growing up in New Iberia, Louisiana. His father passed away when he was six years old, leaving his mother to juggle two different jobs to help provide for the family. Her tireless work ethic inspired Champagne, who started recording his first songs as a teenager. Meanwhile, the loss of his father – an amateur musician who sang and played guitar – shaped his own approach to music. Determined to chase down the creative milestones that would have made his Dad proud, Champagne began making music that was diverse and driven, collaborating with multi-platinum rapper Kevin Gates one minute and recording his own pop-influenced songs the next.

Everything changed in 2016, when Justin Champagne wrote “Sun Goes Down.” A breakup anthem filled with hip-hop beats, countrified guitar riffs, soaring vocal hooks, and rhythmic rapping, “Sun Goes Down” was the first song to embrace the full range of Justin’s musical tastes. By combining a variety of different sounds together, he created something new: a boundary-breaking genre that showcased not only the depth of his influences, but also his versatility as a songwriter, storyteller, vocalist, and rapper. Unsurprisingly, the song became a hit, earning more than a million listens on Spotify and laying the foundation for a unique, trendsetting career.

“Why do people need to stick to just one genre?” Justin asks. “I want to do it all at once, writing country songs with pop hooks where I can rap. I just put everything into one big pot and start cooking. People call it ‘country-rap,’ but it’s just music, man. I wouldn’t want to call it anything else.”

Champagne’s full-length debut, Small Town Sentiments, was released in 2018. Tracks like “Beers” and “In Them Jeans” became fan favorites, introducing a growing audience to Justin’s sound. Things accelerated once again in 2019, when Justin teamed up with hip-hop artist Gabe G to record the wildly-popular “BackRoads.” A tribute to rural living and the great outdoors, “BackRoads” earned Justin a dedicated following not only on Spotify, but also on YouTube, where the song’s music video – shot in the mud bogs, fields, lakes, and country lanes of his home state – amassed 5 million views during its first year. The song was an anthem for small-town residents across America, but it was personal, too, grounded in the experience of a musician who has always preferred country roads to city streets.

“There’s always something to do here, especially if you head to the outskirts of town,” says Justin, who still lives in southern Louisiana. “I grew up four-wheel riding, fishing, and being outside. There’s a lot of country out there, and that’s why my songs sound the way I do.”

He may be sticking to the backroads, but Louisiana’s newest export is going places. “Lasso” is a stomping single built for dance floors. “God Damn” is a hard-hitting juggernaut with a hip-hop beat and a rock & roll chorus. “Number to Heaven” – inspired by Justin’s father, whose death decades ago left a permanent hole in his son’s life – is a bare-boned ballad about loss and love, accompanied by a video that’s every bit as moving as the song itself. One of the most emotional songs in his catalog, “Number to Heaven” shines a spotlight on Justin Champagne’s voice, proving that his slower songs pack just as hefty a punch as his revved-up bangers.

“Since I was a kid, music is all I’ve wanted to do,” says Justin. “I know my dad had the music in him, too. I want to be something special for him, and for me. I want to have that life he wanted.”