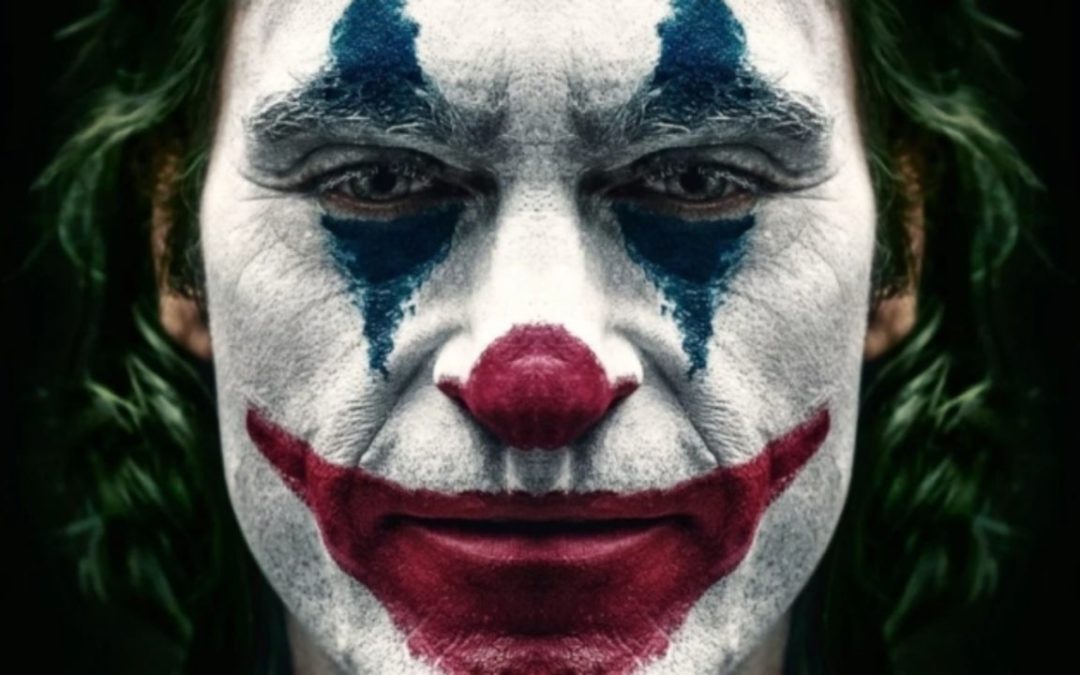 So I am a little behind, but this past weekend – I went and finally saw the movie, Joker. The movie was originally released Friday, October 4th – and I have been waiting to see it, but life gets in the way sometimes! It was well worth the wait!

This might come off blasphemous to some, but Joaquin Phoenix‘s version of the Joker, in my opinion, was the best Joker ever portrayed! Heath Ledger‘s version was the best before this movie and it wasn’t even close! You have everything from Jared Leto’s version, Jack Nicholson’s, to Cesar Romero’s. I think we all can agree that Leto’s version was the worst of all. To me, Nicholson’s and Romero’s was just too comic booky – too goofy. I love dark versions of comics – which is why the Christian Bale Batman movies will always be the best ones, until someone tops them – because of how dark they were – they portrayed it more serious then the previous versions.

Back to this movie – I saw many comments on the movie – people being disappointed – thought it was too slow, etc.. I am not sure what people were expecting or what they saw! This version is like “Batman Begins”. It is the origins for Joker. Now, my knowledge of the Joker is not the same as fanatics – but I thought his name was Jerome – that could just be his name from the TV show, but in this movie – his name is Arthur Fleck. The movie, to me was not slow at all! It was absolutely fascinating! Phoenix’s version of a guy with a mental illness was pure genius! I am starting to think he may be one of the best actors ever! I remember when they cast him as Johnny Cash, and I thought that was a terrible decision. Then I saw “Walk the Line” and was wrong – he was amazing in that as well!

This is where I may give some things away – no HUGE spoilers, but maybe a couple small ones – just so you are warned! You find out in the movie that he suffers from a disease where he laughs uncontrollably – which again, was portrayed brilliantly. It obviously makes sense for someone who then becomes the Joker! He works as a clown in the movie where he is constantly picked on by people in the street and people he works with. He is on some sort of medication throughout the movie – then towards the end of the movie – he makes a comment of how he is off his medication – which makes the ending of the movie make more sense!

The way the movie was shot was great. You see the movie as it is – then you will see, not knowingly, through the eyes of someone who is suffering from a mental illness – which comes together at the end. Things you think that are real, but are not.

I was told this movie is more depressing than anything – not gory. Well – there are a couple scenes in this movie where my wife had to cover her eyes – pretty brutal moments. This movie is rated R for a reason – NOT a movie for people under 18! People may go into this movie expecting a cool comic book type movie where he fights Batman – well it doesn’t happen. No sign of Batman at all – but you see Bruce Wayne as a child, another thing to me that was different. I thought the Joker and Batman were close in age – but obviously not, at least not in this version.

Movies like this one makes me a fan of movies all over again! I never once was bored – thought they did this wrong or this incorrectly. I sat back and was just amazed by the acting and the story line.

I highly recommend this movie! Just go into knowing this isn’t a comic book type movie, it shows you the beginning of the Joker. This movie is intense with violence. It is a little disturbing, so if you’re the type to have nightmares, maybe sit this one out!

I am not an official critic, so my opinion probably doesn’t matter – but I give it a 5 out of 5! Rotten Tomatoes gives this movie a 69% – which doesn’t surprise me. I rarely agree with their ratings.  So if you have not seen this movie – you should!! I almost want to go and see it again, which I might when it hits West Mall 7.  Also – there are no end credit scenes, so no need to stick around to see if there are any. Feel free to leave comments – let me know what you thought!

Here are many versions of the Joker via Wikipedia.

Here is the official site for the Joker.