Lainey Wilson coming to The District in April! 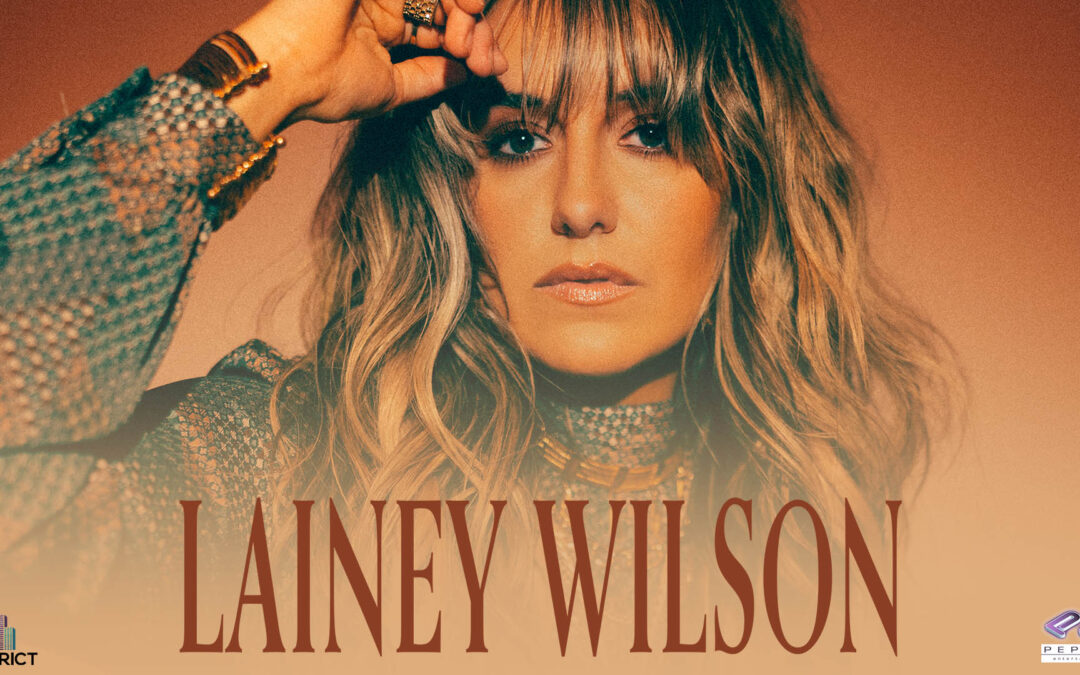 Sioux Falls, SD – Lainey Wilson is coming to The District in Sioux Falls, SD on Friday, April 1st. Tickets for the show start at $17.50 plus applicable fees and are on sale Friday, January 21st at 10am.

About Lainey Wilson:
“One of Country music’s most promising young stars,” (Whiskey Riff) Lainey Wilson has earned the enthusiasm of the industry, having been named to nearly every “Artist to Watch” list, winning MusicRow Magazine’s Discovery Artist of the Year award and being crowned Billboard’s “Top New Country Artist of 2021,” the Louisiana native is one of Nashville’s hottest and most buzzed-about new artists. Landing her first No. 1 with her PLATINUM Certified “Things A Man Oughta Know,” nearly 10 years to the day after leaving her small farming community in a camper trailer to chase her dreams, she has won over legions of fans with her signature Bell Bottom Country sound and aesthetic, which blends traditional Country with a modern yet retro flare. A prolific and sought-after songwriter (having co-writer credits on songs by artists including Luke Combs and Flatland Calvary), Lainey is a fresh, fierce voice in Nashville, delivering one of the “Top Country Albums of 2021” (Rolling Stone, Taste of Country, and American Songwriter) with her label debut, Sayin’ What I’m Thinkin’. With a rockstar stage presence, her artistry has taken her across the globe, performing for sold-out crowds throughout the US, UK, and Germany with notable names like Jason Aldean, Hardy, Justin Moore, Tyler Farr, Ashley McBryde, Randy Houser, Josh Turner and more. Her current single, “Never Say Never” with Cole Swindell is Top 30 at Country Radio and continuing to make a fervent climb up the charts. For more information and upcoming tour dates, visit www.laineywilson.com or follow on Instagram @laineywilsonmusic / Twitter @laineywilson / Facebook @laineywilsonmusic.