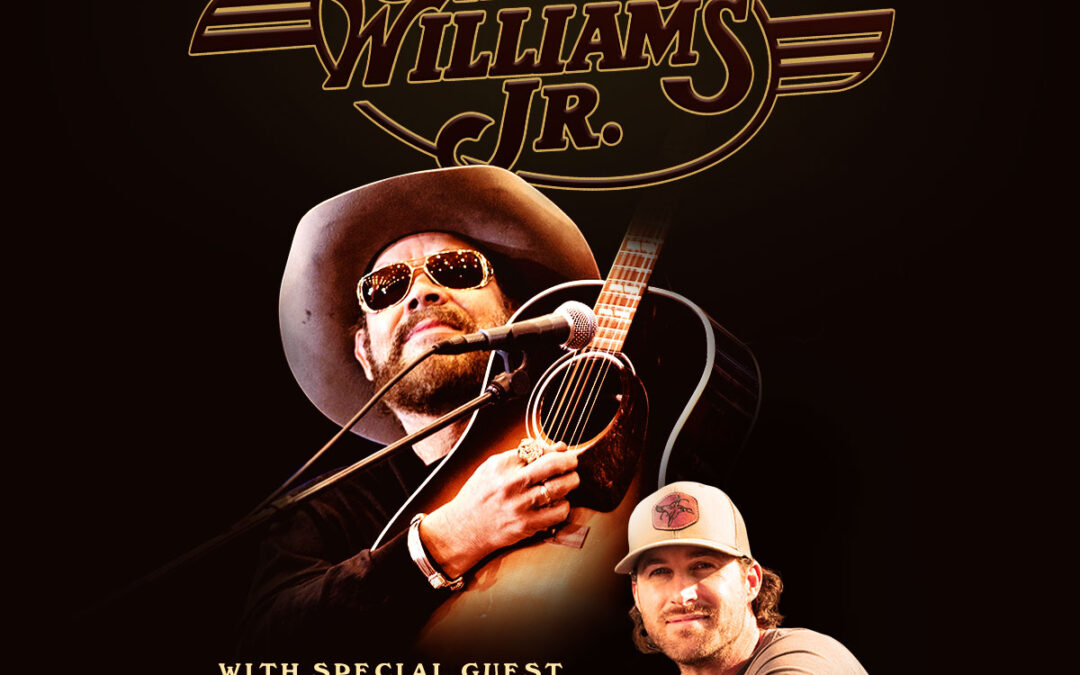 ABOUT HANK WILLIAMS JR:
The offspring of famous musicians often have aa hard time creating a career for themselves, yet Hank Williams, Jr. is one of the few to develop a career that is not only successful, but markedly different from his legendary father. Originally, Hank Jr. simply copied and played his father’s music, but as he grew older, he began to carve out his own niche and it was one that owed as much to country-rock as it did to honky tonk. In the late ‘70s, he retooled his image to appeal both to outlaw country fans and Rowdy southern rockers, and his makeover worked, resulting in a string of Top Ten singles – including the number one hits “Texas Women”, “Dixie on My Mind”, “All My Rowdy Friends (Have Settled Down)”, “Honky Tonkin”, and “Born to Boogie” – that ran into the late ‘80s.

ABOUT RILEY GREEN:
Born in Jacksonville, Alabama, Riley Green was raised on the sounds of old traditional Country, Bluegrass, and Southern Gospel music. He learned the spirit of songwriting and performing at a young age while spending time with his grandfather, Bufford Green, who ran Golden Saw Music Hall. Riley shared the stage with him and other men of his generation, layering a foundation for the song he’d craft in the years to come, reflecting on the experiences of a young Southern man trying to find his place in the world. With a mixture of outlaw-rebellion and respect for tradition, Riley’s original music has already tallied over 27million stream to date while his latest music video for “Bure Me In Dixie” has been viewed over a million times since last fall. Constantly touring throughout the southeast over the past five years to thousands of fans, Riley has also built fierce support on social media. Now signed to BMLG Records, he is in the studio recording new music with award-winning music producer, Dann Huff.

ABOUT THE PRIME TIME GALA & CONCERT:
Each year, nearly 1,700 guests attend the annual Prime Time Gala at the Sioux Falls Convention Center with a country music concert to follow at the Denny Sanford PREMIER Center. The concert is also open to the public. Funds raised at the gala through event sponsorships and table sales, silent and live auction, truck raffle and concert ticket sales benefit Feeding South Dakota as well as the South Dakota Cattlemen’s Foundation scholarship program and Fed Cattle Challenge. Since 2014, funds raised at the event have helped to purchase and distribute over 1,164,397 pounds of beef for those that need it the most across South Dakota. These donations have been distributed to all 66 counties in the state. Annually, Feeding South Dakota provides 15.4 million meals to hungry individuals across the state. For more information about the Prime Time Gala & Concert, visit https://sdcattlemensfoundation.com/prime-time-gala.