A New Concert Announced – A Salute to Frontline Workers 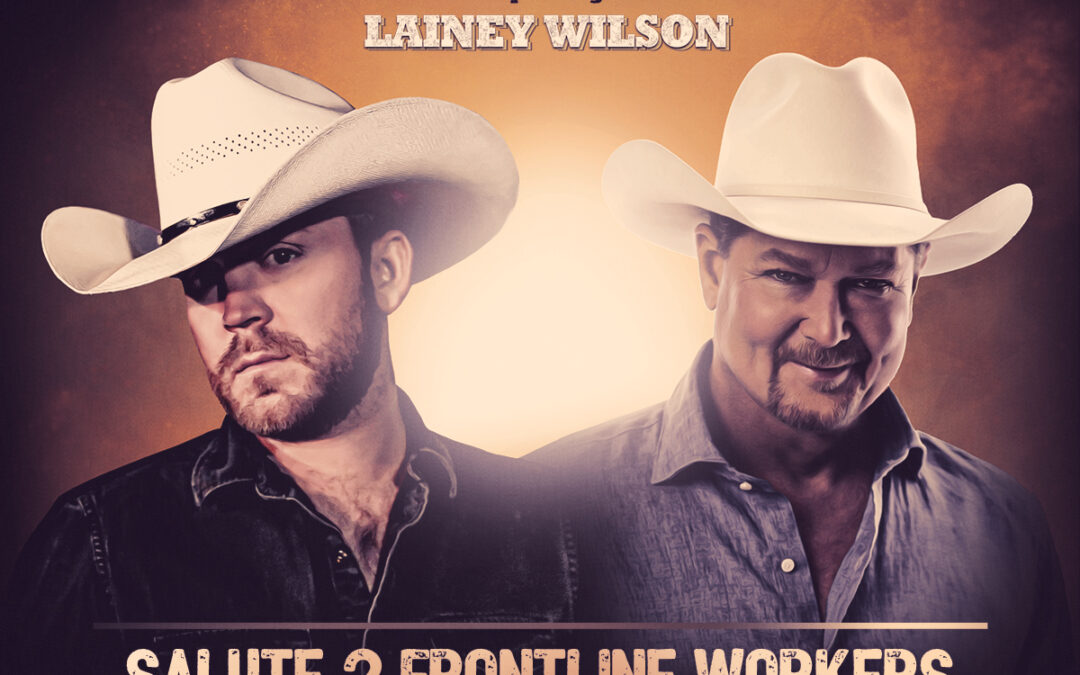 Pepper Entertainment passed on more great news today with an announcement of another concert in Sioux Falls. What makes this one special – is that it’s for the frontline workers! This is awesome to pay back the people who risk their lives to help us stay alive/protected! Below is the information I received this morning.

Sioux Falls, SD – Justin Moore and Tracy Lawrence with special guest Lainey Wilson are heading to the Iconic Sioux Falls Arena on Saturday, April 10th at 8:00 pm. Tickets will be distributed to frontline workers for this show, Salute 2 Frontline Workers, in partnership with Pepper Entertainment and Big Country 92.5 (KTWB).

“I’m extremely proud that BIG Country 92.5 is able to support such an amazing free concert event to honor those, who from the beginning, have put others before themselves in their commitment to caring for members of our community,” says Tom Gjerdrum, Operations Manager at Midwest Communications. “Pepper Entertainment is excited to produce this event
for community frontline workers in and around Sioux Falls.” added Jered Johnson, Pepper‘s CEO and President.

Tracy Lawrence, who co-headlines the Salute 2 Frontline Workers show with Justin Moore, says “It’s going to be incredible to feel the energy of live music and live fans together again after a year without big concerts. A venue full of excited music fans is definitely a sign that life will get back to normal. And it will be all that much more special being with frontline healthcare workers who’ve sacrificed so much during the pandemic.”

Tickets will be available beginning Friday, March 12th at 10:00 AM through a unique passcode on Ticketmaster.com. Healthcare workers, law enforcement and all frontline workers will receive an email via their employers to participate on downloading free tickets. If frontline workers haven’t received an email by March 18th, registration is open on the venue web site
(http://bit.ly/3sDfPOJ-JustinMoore) to request an email invite to download tickets.

About Justin Moore:
An Arkansas native who grew up idolizing Dwight Yoakam and Keith Whitley, Justin Moore knows a thing or two about hit records himself. After signing to The Valory Music Co., an imprint of the Big Machine Label Group, he landed his first country #1 with “Small Town USA,” the breakout single off his 2009 self-titled debut. The record went platinum, as did its 2011 follow-up, ‘Outlaws Like Me,’ which yielded yet another #1 single with “If Heaven Wasn’t So Far Away.” In 2014, Moore landed the coveted New Artist of the Year trophy at the ACM Awards after releasing his critically acclaimed third album, ‘Off The Beaten Path,’ and in 2016, he dropped ‘Kinda Don’t Care,’ his third consecutive #1 record. The New York Times hailed Moore as proof that “old forms can stand even stronger with injections of new ideas,” while Billboard celebrated his “downhome personality and wry sense of humor,” and Rolling Stone praised the “upbeat mix of contemporary country and honest twang that he perfected.”

About Tracy Lawrence:
Tracy Lawrence is one of country music’s truest traditionalists and this year he is celebrating his 30th anniversary in the Country music industry. His impressive catalog of timeless music has made Lawrence a mainstay in the genre selling more than THIRTEEN MILLION albums and charting EIGHTEEN No. 1 songs. He has garnered numerous CMA and ACM awards and nominations, as well as a Grammy nomination. Commemorating his three-decade career in 2021, Lawrence is releasing three new albums which include all new music along with some of his favorite career hits. In addition to his chart-topping success, Lawrence hosts the Award-Nominated nationally syndicated radio show “Honky Tonkin’ With Tracy Lawrence,” for which he has received two ACM nominations for National On-Air Personality of the Year. The show features music from the 80’s, 90’s and 2000’s and is heard on more than 115 affiliates.

About Lainey Wilson:
Lainey Wilson has fast become one of Nashville’s most buzzed about newcomers thanks to a fiery live show and prolific songwriting. Wilson’s on-stage swagger combined with her
memorable storytelling makes the singer a mainstay on countless artist to watch lists. On the Jay Joyce-produced Sayin’ What I’m Thinkin’, the Louisiana native’s debut on BBR Music
Group’s flagship imprint, Broken Bow Records, Wilson boldly introduces herself as a country artist unafraid to speak her truth while empowering listeners to do the same through her
vulnerability. It is music with a message, delivered subtly and humbly.