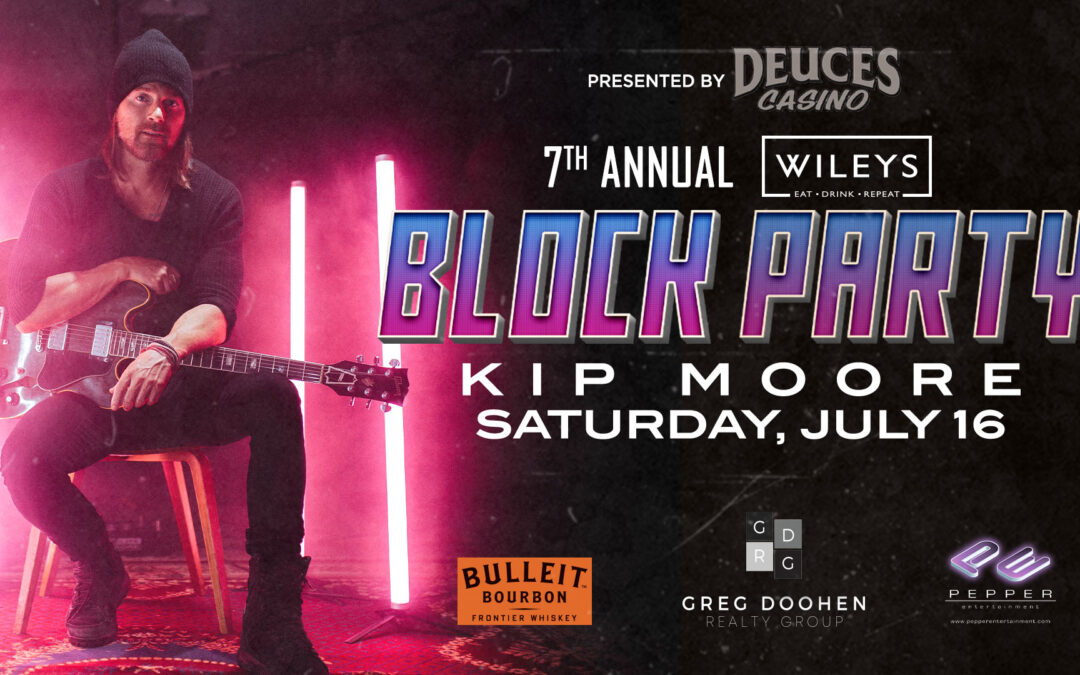 About Kip Moore:
Multi-PLATINUM singer/songwriter Kip Moore just dropped a new single, “Good Life.” Stepping into the studio for the first time with Jay Joyce, the new track sees Moore shift gears sonically for the windowsdown, volume-up anthem. Co-written by Moore, “Good Life” embodies a snappy self awareness and an appreciation for living in the moment, with a soul-driven groove. “Good Life” follows the resounding acclaim garnered for his fourth studio album, WILD WORLD. The set, co-written and co-produced by Moore, was spotlighted by critics as “especially vital; occasionally, even rare,” (Esquire) and spawned his most recent Top 15 single, “She’s Mine.” Known as “one of country’s more thoughtful artists” (Billboard) Moore has toured the world earning acclaim and a rabid fanbase as an all-in performer in each setting, consistently selling out headlining shows internationally. Praised by Noisey as “an uncompromising, genre-defying artist firing on all cylinders” Moore has blazed his own trail, with “a bit more Southern rock than traditional country, to be a Kip Moore fan suddenly became a marker of your having a certain refinement in your country-music taste” (Chicago Tribune). Moore first splashed into the mainstream with the double-PLATINUM “Somethin’ ‘Bout a Truck” in 2012, then followed up with three more No. Ones (“Hey Pretty Girl,” “Beery Money” and “More Girls Like You”), a trio of ambitious, critically-praised albums and two gritty EPs that landed Moore on multiple “Best Of” lists.