Dustin Lynch is returning to Sioux Falls in April! 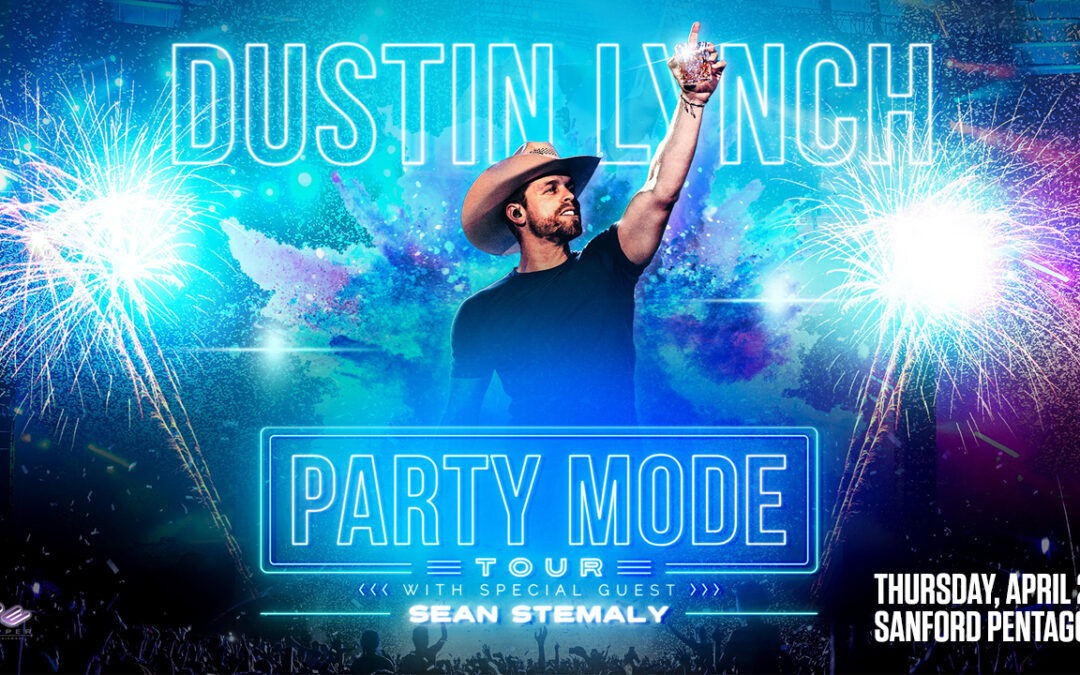 Tickets start at $35.00 plus applicable fees and go on-sale Friday, February 11 TH at 10am. Are you ready to party? Broken Bow Records star Dustin Lynch is serving it up extra strong with the announce of his PARTY MODE TOUR. “We’re starting summer early and throwing DOWN on the PARTY MODE TOUR,” shares Lynch. “Get ready for new songs, a new show, and even more energy! I can’t wait to party with y’all!”

Ready to bring his anticipated fifth studio album, BLUE IN THE SKY – which drops next Friday (2/11) – to the stage, the 12-track collection looks on the bright side as it pumps optimism into the muscular melodies of the chart-topper’s power-Country sound. Produced by Zach Crowell with five tracks to Lynch’s songwriting credit, the party-starter welcomes collaborators Riley Green, Chris Lane, and MacKenzie Porter – who appears on Broken Bow Records’ longestreigning single at Country radio with recent six-week #1 “Thinking ‘Bout You.”

ABOUT SEAN STEMALY:
Sean Stemaly was born in Western Kentucky and raised in the river-bottom fields of Southern Indiana, a hard-worker whose Country music comes straight from the only life he knows. Stemaly taught himself to sing over endless days in the cab of a Case IH 9370 tractor, planting the seeds of stardom to the sound of icons like Brooks & Dunn, George Strait, Alan Jackson and Jason Aldean. Signed to Big Loud Records, the 27-year-old diesel wrenching, heavy-equipment operating talent has tallied over 113 MILLION on-demand artist streams in the US infusing modern Country with youthful, salt-of-the-earth swagger and rocked up heartland soul – a sound that’s both fresh and based in timeless traditions. He’s gearing up for the February 18 release of his debut album, PRODUCT OF A SMALL TOWN, which was helmed by superstar producer Joey Moi and includes fan-favorites “Z71,” “Come Back To Bed” and “As Far As I Know.” The 2021 Pandora Country Artist to Watch has already hit the road with Riley Green, HARDY, LANCO, and Chris Lane among others, and his story is only just beginning to grow.